General Electric gets a foothold in Ivory Coast 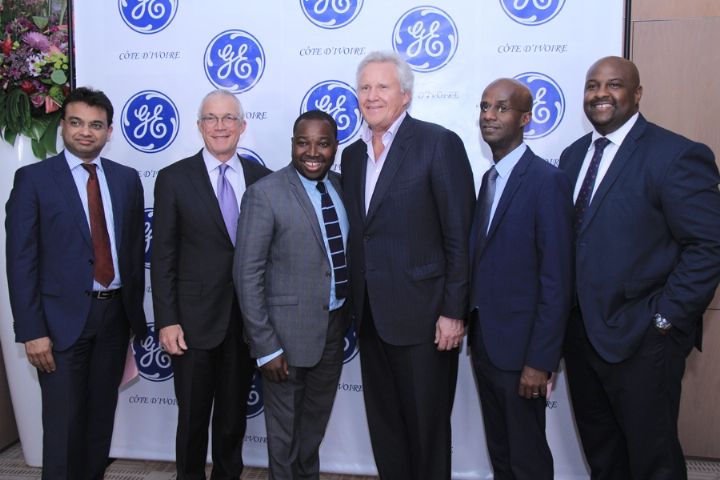 Both parties discussed mutually beneficial opportunities that will broaden and deepen existing relationships. The GE Chairman said, “GE’s relationship with the African Development Bank is key for our strategy on the African continent. As you know Africa is one of the most promising growth regions for our business.”

Commenting on the outcome of the working session, Boamah commended the President of General Electric for the company’s significant and increasing investments in key sectors in African such as healthcare, infrastructure, energy, oil and gas. Private sector players like General Electric can play a critical role in bridging Africa’s infrastructure gap. “Africa’s development financing needs are huge and meeting them requires strategic partnerships with the private sector,” he said.

General Electric (GE) inaugurated on March 3rd in Abidjan the new regional headquarters of the group in the presence of its President and CEO, Jeff Immelt and the Ivorian Prime Minister Daniel Kablan Duncan. “This new office will meet the growing needs of Francophone countries in sub-Saharan Africa” said Hervé Koffi, Managing Director of GE Ivory Coast, for which “the opening of this office comes at a time when Abidjan becomes a hub of innovation in the region”.